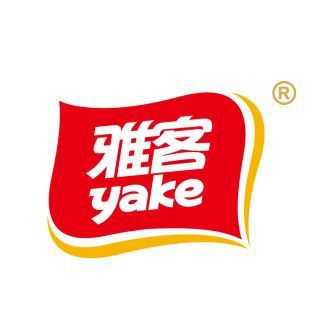 Yake (China) Co., Ltd. (Yake),
1)We are one of the leading confectionery manufacturers in China,specializing in the production of chocolate,chewing gum,bubble gum,tablet/mint candy,vitamin functional candy,gummy jelly candy,lollipops,milk candy,and some other soft and hard candy with different flavors,as well as fruit jelly,etc.
In China, our products are also sold in the supermarket like Walmart, Carrefour, Auchan, Tesco, Metro, etc and overseas,we are glad to see that our current customers in other countries enjoy the increasing sales.
2)With more than 22 years of expertise,we are faithful to be one of your potential/reliable suppliers.
3)with top quality,on-time delivery,competitive price,and superb service;
4)Mature management on the quality assurance and quality inspection;
5)The most advance facility which imported from Germany,Italy,Switzerland,to assure of a large production capacity and the top quality;
6)Expert R&D team,effective team work;
7)Certificate:GMP,HACCP,QS,ISO22000,ISO14001,ISO9001,HALAL,FDA,BRC;
8)OEM/ODM is available;
9)samples requirement is available,for free, you just need to pay for the freight;
10)We are open to looking for distributors/partners in the whole world,based on mutual beneficial business.

which was founded in October 1993, is located in Jinjiang City in the most energetic economic zone to the western beach of the strait of Minnan Golden Triangle. Yake is currently one of the largest professional confectionery, chocolate food manufacturers in China.

Yake has been developing steadily and quickly in the past 20 years. It makes us become one of the most fast developing enterprises in Chinese confectionery field. With the core brand of "Yake", we own many sub-brands including Yake V9, Yake DiDaDi milk candy, Yake xylitol chewing gum and Yake vanilla herb candy.

Yake focuses on the development, production and marketing of candy, chocolate, jelly, confect, cake, and snack food, as a comprehensive large food manufacture group with an annual output of over 50,000 metric tons for all kinds of food. We have 4 large factories, 9 branch companies and garden-style plant buildings, covering an area of 48,000 square meters. Our company employs around 3,000 staff members.

Only can the most outstanding enterprise survive in the future severe competition. Only can the team with self-motivation spirit take on the responsibility of enterprise development. For years, Yake people have taken developing our nation's own brand as their responsibility. With the inherent passion and vitality, supernormal thought, innovation, action and speed, they have created one "lead in the field" after another.

Yake, who always is willing to be the pioneer, has become the most competitive exploiters in domestic confectionery field. The past cannot stand for the future. No progress is just like falling behind. Yake personnel will still keep on devoting themselves to the aim of building the most competitive international food group with their passion and wisdom.

Honor of the Group: Honorary sponsor of the Sports delegation for the 27th Olympic Games. Sponsors of the Chinese Sports delegation for the 28th Olympic Games. Excellent Enterprises of Candy Industry in China. China Aerospace Mark franchise Enterprises and products. Chinese famous brand products. Chinese national inspection-free products. Chinese well-known trademark. China Consumer Association 3.15 Mark products. China Nutrition Society certifies "Nutrition and Health Engineering products" National customer satisfaction products. Yake V9 wins "China Outstanding Marketing Award" Won the title of "Chinese famous Brand products" in 2007. December 2008 was identified as a "Provincial technology center enterprise" In 2008, won the "Contribution Award of donation to Public Welfare in Fujian Province" In 2009, was awarded the title of "Advanced Enterprises for Economic Development in Fujian Province". In November 2010, it was named the most influential enterprise and brand in China. In 2010, Yake won the honor of "Fujian Province Industrial and Commercial Credit good Enterprise" 2010-2011 awarded "100 key Industrial Enterprises in Fujian Province" In September 2010, Yake was recognized as a well-known enterprise name by Fujian Administration for Industry and Commerce. In December 2011, Accor was identified as the "Top Ten Enterprises in Hercynian". In December 2012, Yake Trademark was appraised as "China well-known Trademark" In June 2013, Yake Brand was named "favorite Brand for Chinese consumers" In February 2014, Yake was named "Top 100 of China's Food Industry" In May 2015, Yake Brand was rated as the "Top 100 Brand value in China" In October 2016, Accor was named "the most innovative Enterprise of 2016" In September 2017, it was appraised as "China's Annual influence Brand 2017" by the Organizing Committee of the launch of China Brand influence Evaluation results.

Buy on China.cn
How to Buy
Browse by Catagories
Browse by Hot Regoins
Private Sourcing Events

About
About Us
Link to Us
Contact Us
Sitemap